The three-wheeler comes with four lithium-ion batteries, is just under 2.8 meter in length, and does really steer using handlebars. The range is 70 kilometre on a 20 minutes charge.

While Bob Eco is just entering the market, the market is apparently wide open for domination, and Bob Eco is determined to take command of it. “There is no single company in Africa that mass-produces electric bikes or tricycles,” CEO Bob Ultee said. 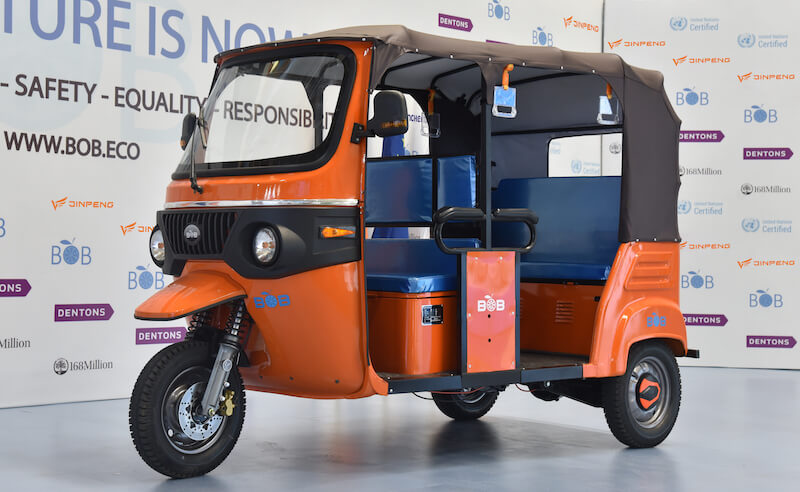 Africa is a huge market for Bob Eco, with a big boost from the Sto-Cap. “The Sto-Cap is providing funding that enables Bob Eco to replace millions of gasoline-burning tricycles in Africa with clean, energy efficient electric 2-wheelers en 3-wheelers.

Africa currently has about 45 million tuk-tuk's on the roads. If those could be changed over to cleaner electric models the quality of life of residents, tuk-tuk drivers, and even visitors will be improved tremendously.